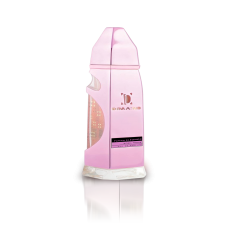 Eleonora' s falcon is a fairly large and slender falcon,with long, narrow wings and a relatively long,rounded tail. In flight,it can be distinguished from other,similar falcon species by the dark underwing-coverts,which contrast with paler flight feathers. Eleonora's falcon breeds later in the year than almost any other northern hemisphere bird,a behaviour that is linked to the species' other unusual feature,its seasonal switch in diet.

As inimitable as Eleonora's Falcon, DIMAND No created a very distinct fragrance and named it Eleanor FALCON Eau de Parfum. The sweet scent from roses petals that translate into a gratifying atmosphere from the mixture of Amber and Rich White Musk.