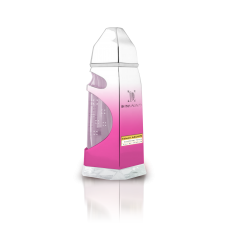 One of the fastest species in the world,the Peregrine Falcon (Falco Peregrinus) may reach speeds of up to 250 kilometres per hour (155 miles per hour) or more when diving in pursuit of prey. Prey is usually caught in mid-air, although some may be taken from the ground or fromwater. The peregrine falcon is fast and agile in flight, and typically either chases prey at great speed,to exhaust it,or attacks it in a steep,spectacular dive,or 'stoop'. Theperegrine falcon is usually found alone or in breeding pairs, with each pair maintaining a breeding territory,and oftenremaining together throughout the year.

DINAND seized its vigour into a dynamic fragrance called Arluin FALCON Eau de Parfum which is a French name that means "noble friend". A scent from Sandalwood, Raspberry, and Oakmoss swiftly wander into your fascination.