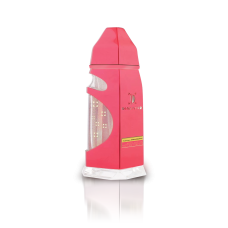 The graceful red-footed falcon, also known as Faucon Kobez,flies with occasional quick wing beats and longer periods of gliding while it continually adjusts its long

wings and tail. The red-footed falcon (Falco vespertinus) is a small,slender bird of prey in which the male and female vary considerably in appearance. Its scientific

They roost in large colonies,sometimes consisting of thousands of birds,and the entire population migrates together.

DIMAND engaged the suppleness of Red-Footed Falcon into a fragrance called Amarante FALCON Eau de Parfum,a name in French that means "unfading''. The timeless elegance from the fusion of Aoud and vanilla is everlasting.